During the 12th European Universities Football Championship which took place in July 2017 Porto, Portugal, the Green Card was used for the first time in EUSA events, promoting and awarding Fair Play and good sportsmanship gestures on the field.

First, the green card was shown by Peter de Waard, referee from the Netherlands, in the female final match between the University of Valencia (ESP) and University of Montpellier (FRA).

Green card was also shown by Luca Piccolo, referee from Switzerland, in the male final match between the Kuban State University (RUS) and University of Lille (FRA). 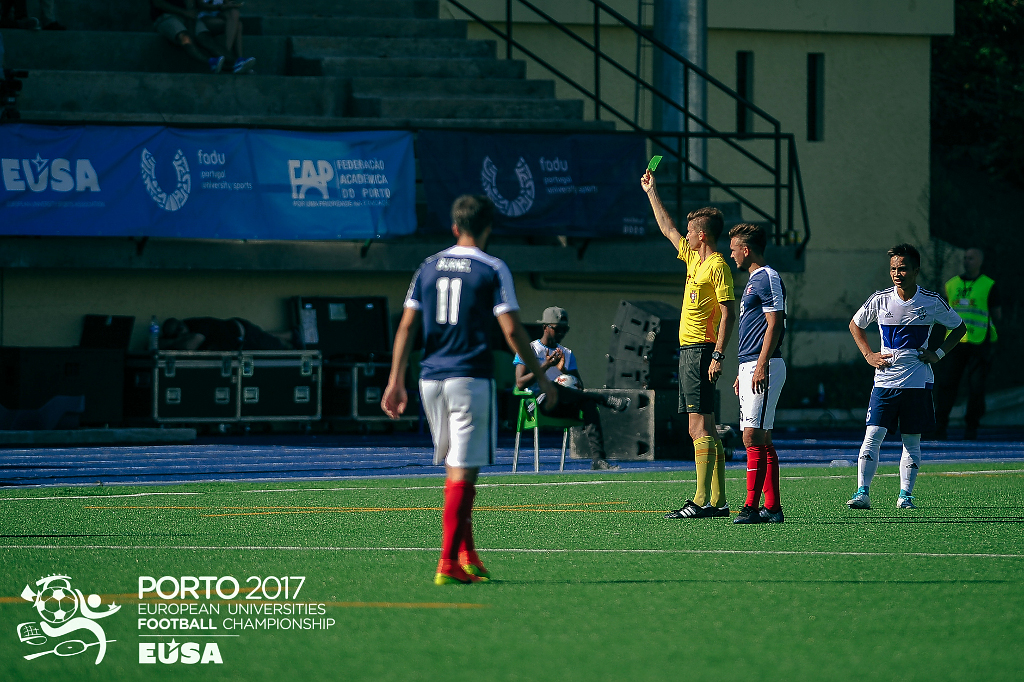 The green card was initially introduced in Italian Football Serie B for the first time in 2016, to promote the Fair Play, a right approach to the game and to send the positive message about football.

European University Sports Association (EUSA) is a partner of the European Fair Play Movement (EPM), and we strongly promote the spirit of Fair Play. Its values are deeply embedded in EUSA and we have been emphasizing the importance of sportsmanship and the positive approach to the sport from the very start. In this way EUSA has, once again, awarded the exemplary behaviour in the sport field and will continue with the same practice in the future. The "Fair Play Card" will be gradually introduced also in other sports.

Apart from the recent introduction of the green card, having positive messages, involving fair play oaths by athletes and referees in all sports events, EUSA also annually attributes the Enno Harms Fair Play Award to showcase the noble gestures in European university sport.